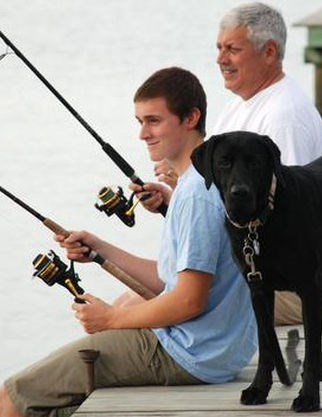 Fresh Leadership With A Proven Track-Record Of Success

Stephen E. (“Steve”) Heretick was born in Hopewell, Virginia, on May 29, 1960. Steve served on the Portsmouth City Council from 2005-2012. During his tenure, Steve served as Chair of the Hampton Roads Regional Jail Authority, on the Hampton Roads Planning District Commission, and many other boards and commissions. On City Council he fought to keep taxes low, while investing in public education, public safety, and bringing much needed economic development to Portsmouth.  He is married to Stephanie von Schaaf of Walton, New York, and they have one son, Stephenson Ford von Schaaf-Heretick. Steve and his family live in the Glensheallah neighborhood with their Labradors O’Malley and Forrest.

Following his federal judicial clerkship, Steve was selected to serve in the Criminal Division of the United States Department of Justice, Federal Bureau of Prisons, serving first as Assistant Regional Counsel for the Northeastern United States from 1988 through 1990, and as Chief Counsel for the United States Penitentiary, Lewisburg, Pennsylvania, serving from 1990 through 1992. During this time Steve was awarded the Regional Counsel’s Medal for Meritorious Service in 1989, and a Special Act Award from the Justice Department in 1991. Steve was nominated as the Federal Bureau of Prisons Attorney of the Year in 1991 and as United States Department of Justice Attorney of the Year in 1992. Steve was awarded the Justice Department Award for Public Service in 1992.

In 1992 Steve joined the firm of Moody, Strople & Kloeppel, Ltd., in Portsmouth, where he remained until 1996. As lead counsel in a series of landmark transportation cases, Steve was personally featured on “How Safe The Rails?”, a segment of Investigative Reports by Bill Kurtis Productions, and on the ABC Evening News with Peter Jennings. Steve was subsequently associated with the Norfolk firm of Payne, Gates, Farthing & Radd, P.C., from 1996 through 2000. In 2000 Steve established his present firm, Stephen E. Heretick, P.C., which is located in Portsmouth. Steve concentrates in corporate and commercial litigation, secured transactions, and labor litigation, representing regional, national, and international clients in state and federal courts throughout Virginia.

Steve won the Democratic Primary on June 9, 2015 and was elected by the citizens of Portsmouth and Norfolk to represent the 79th District of the Virginia House of Delegates on November 3, 2015.  He was sworn into office January 13, 2016. He was re-elected on November 7, 2017. In 2019, the district was reconfigured by the Federal Courts to include Chesapeake and new parts of Portsmouth and Norfolk. Steve was re-elected to another two-year term on November 5, 2019.

Mass COVID-19 vaccination clinic to be held in Portsmouth